It’s Google I/O keynote day! Once a year Google kicks off its developer conference with a rapid-fire stream of announcements, finally unveiling so many of the things they’ve been working on behind-the-scenes lately.

Didn’t have time to tune into the whole two-hour presentation? We get it — that’s why we’ve packaged the biggest news up in an easy-to-digest, easy-to-skim list. Lets dive in!

“Here’s something to wrap your brain around: Google has never made its own smartwatch” writes Brian Heater — but “all of that will change this fall.”

Details are still very light (much of whats out there now actually leaked ahead of time) but Google has shown off the first official images of its first Pixel watch, which is expected to launch later this fall. Find all the details here. 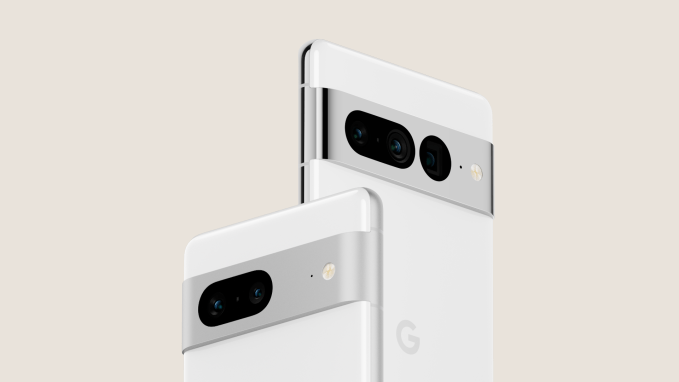 Last year, Google tried something new at I/O: they showed a bit of info about their new flagship Pixel phone — then the Pixel 6 — but saved most of the information for another announcement a few months later.

They’re doing the same thing this year with the announcement of the Pixel 7 and Pixel 7 Pro. Details like price and release date are still under wraps, but here’s what we do know: it’ll run Android 13, and use the next generation of Tensor chip. It borrows much of its design from the Pixel 6, including the raised “camera bar” that runs across the back. Want more? Check out the full post here. 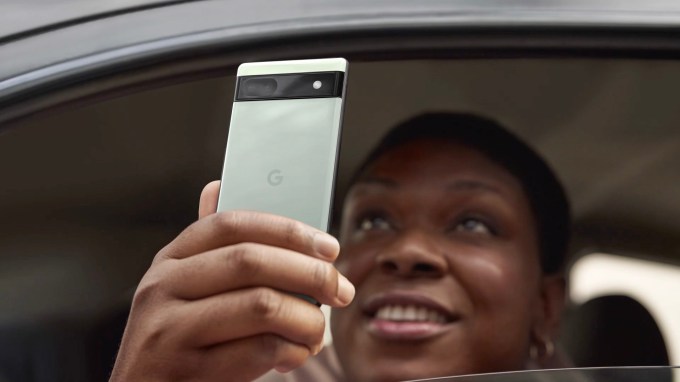 Google is taking much of what made the already-very-good Pixel 6, shaving down some of the specs to get the price down to $449 (from $599), and releasing it as the Pixel 6a. Its got a smaller screen (6.1″ vs 6.4″), less RAM, and downgraded cameras — but it still has things like Google’s custom Tensor chip, the Titan M2 security chip, and 5G support. Find the full breakdown here. 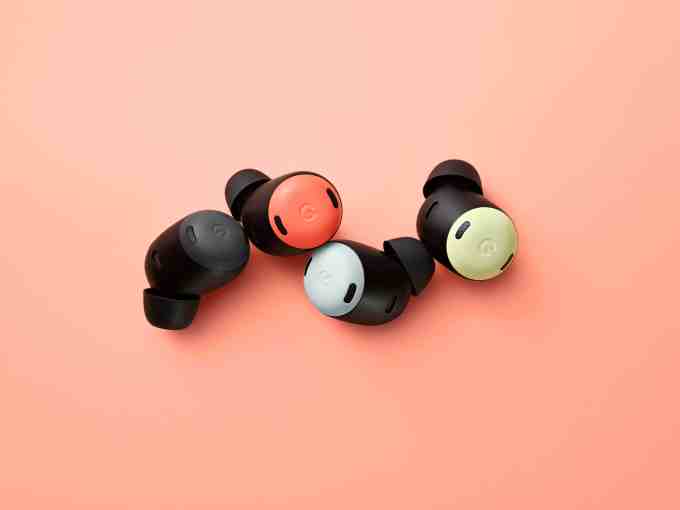 Pixel Buds with noise cancellation! At last! These $199 earbuds are also IPX2 sweat resistant, and use things like beam forming mics, mesh wind blockers, and bone conduction to improve how you sound on calls. Find Brian’s overview here.

The Next Google Glass? 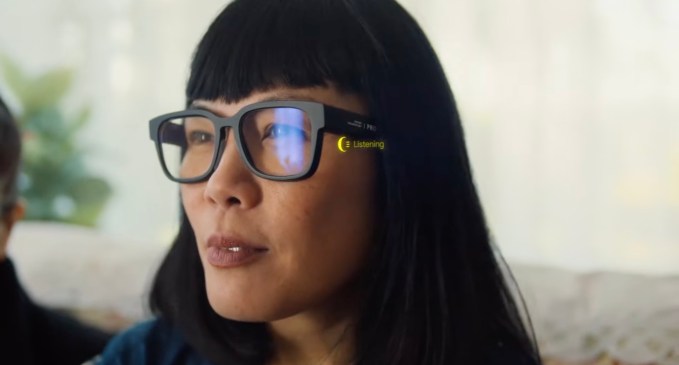 Like many of the other products today, Google was light on specifics — but just as they wrapped the keynote, Sundar Pichai played a quick demo reel of what appears to be an ongoing AR glasses project in the same spiritual vein as Google Glass (albeit in a much less jarring form factor). One particularly wild thing hinted at was live transcription/translation — think subtitles for real life, with a speaker’s words rendered in your view. Check out Brian’s notes here. 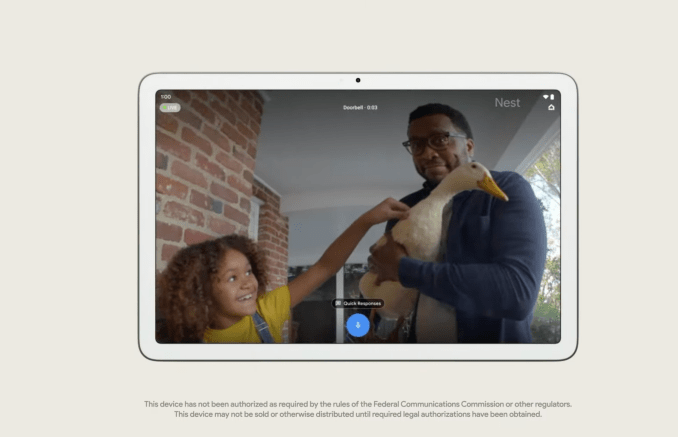 Teased today, Google won’t actually ship the new “Pixel tablet” until sometime in 2023. Besides the fact that it’s in the works, though, Google is saying pretty much nothing about it.

Google has long offered Google Pay, an Android app where you could store digital credit cards for contactless payments. They’re now expanding the concept with a new app called Google Wallet, which will also “allow users to store things like credit cards, loyalty cards, digital IDs, transit passes, concert tickets, vaccination cards and more.” The roll out process varies a bit depending on what country you’re in — find all those details here. 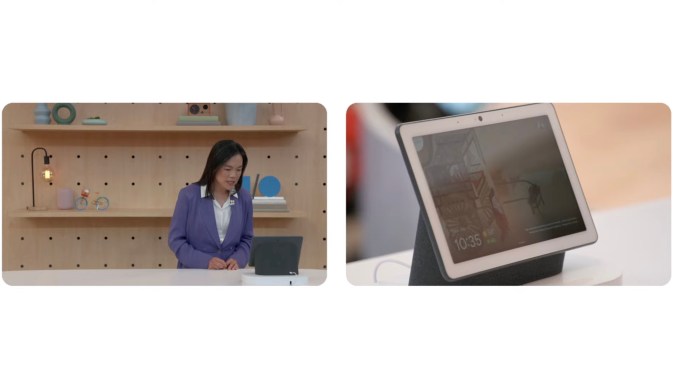 Google Assistant is getting quite a bit smarter! Frederic has the full breakdown here.

More natural communication: Google Assistant will now be able to better understand when you’ve flubbed a command, or when you need a second to figure out what you’re trying to say. The example given on stage had the speaker say “Can you play that new song frommmm….”, with Google Assistant responding by saying “mmhmm?” and waiting for them to finish their thought.

Look and Talk: On Google Assistant devices with a camera built in (like the Nest Hub Max), you’ll no longer have to say “Hey Google” before asking a question — just look at the device, and it’ll use things like proximity/head direction/gaze direction to understand that you’re asking it a question.

Quick Phrases: Nest Hub Max will now let you use certain often-used commands, as picked by you, without first saying the hot word. So you can just shout “What time is it?” or “Turn off the lights” into the room and Google Assistant will act accordingly.

“Immersive” view: Google Maps is getting a new 3D exploration mode, starting in select major cities, allowing you to zoom around a 3D model of that city to get a better sense of where everything is. As their data set expands, that 3D model will grow to include the interiors of popular restaurants and locations.

Eco-friendly routing expansion: Late last year Google launched a feature that let you choose your route to optimize for vehicle efficiency, rather than just whatever’s fastest. It’ll expand that feature to Europe later this year.

Live View for third parties: Back in 2019, Google started rolling out a feature that used your phone’s camera and the buildings/landmarks around you to determine exactly where you are in the world for more accurate navigation — most commonly, to figure out which direction to walk when you’ve just started a new route. Google says it’s opening this tech up to third parties, showing off examples like helping concertgoers find their seats or helping commuters find where to park their rented e-bikes.

Google Translate is learning dozens of new languages, with a focus on “languages ​​with very large but underserved populations”. Additions include Quechua, Guarani, Aymara, Sanskrit, and Tsonga. Google says that many of the languages ​​they’re adding today would’ve been technically impossible to support even just a few years ago, enabled today only by advances in machine learning. Find all the details here.

A better understanding of skin tone

In addition to its work around Real Tone for more accurately capturing all skin tone in photos, Google is aiming to improve its understanding of skin tone within search results. “For example,” writes Aisha“if you’re looking for ‘bridal makeup looks,’ you’ll have the option to find results that work best” for a specific skin tone.