Mobile World Congress was going to be OSOM’s big debut. After a few months of teases, the North American (US/Canadian) smartphone maker formed in the wake of Essential’s collapse was going to show off its first handset, amid a week of major mobile news. But plans change. People decide maybe traveling to a major conference on another continent is still a tricky proposition. And sometimes a major chipmaker knocks on your door, asking if you’d maybe like to push your launch back a quarter.

OSOM was understandably convinced that pushing things back to launch a new device with the latest Qualcomm chip would be a prudent business decision. That meant, among other things, moving the OV1’s release from a broad Q3 to an equally broad Q4. Not the end of the world. People buy a lot of phones in Q4, after all. And let’s be real, by the time the third quarter rolls around, last year’s big Snapdragon announcement is starting to feel a bit long in the tooth.

For obvious reasons, the company can’t disclose what the next chip will be. Given OSOM’s focus on launching a flagship-quality device, however, it seems a fairly safe bet that it will be a successor to the Snapdragon 8 Gen 1 — whether that’s the equivalent to a Snapdragon 8 Gen 1+ (this is getting unwiedly) or A Snapdragon 8 Gen 2 depends on the timing of launch and Qualcomm’s roadmap.

“They love that we’re local. We have a longstanding history with the team of working directly with them,” founder and CEO Jason Keats tells TechCrunch. “One of our partners is big enough that Qualcomm was like, ‘holy crap, you’re working with them? We want to be more involved with what you’re doing, as well.’ They came back and said OSOM has the opportunity to do something new, exciting. To change how all of this works. And I think, part of it is we aren’t a huge company, so if their yields aren’t gigantic, they don’t need to worry about shipping me five million chips in a month.”

The firm has some wiggle room for release date, courtesy of $20 million in funding thus far. It’s also “a couple of weeks” away from announcing its Series A. In spite of the relative humbleness around initial sales, Keats believes the company’s direct sales approach and availability in North America and Europe through additional channels like Amazon will help it grow quickly, with an expectation of top five/10 in global shipments with a year — with the very important caveat that all of the BBK companies (Oppo/OnePlus, Vivo, Realme, iQOO) are all clumped together.

As OSOM noted at the outset, privacy is the thing here. While we’re awaiting additional details, the startup has offered some insight into — of all things — the USB-C that ships in the box. It features a physical switch that lets users toggle between simply charging and sharing data. It’s a clever addition, and surprisingly, not one I’ve seen before. Along with the switch is a blinking light that lets you know which mode it’s in. The cable will also be sold a standalone, pricing TBD.

“We’re really so focused on giving users control and making sure they have privacy at their fingertips that we wanted to embed that in every single thing we build,” the company’s VP of Design, Dave Evans, tells TechCrunch. “Not on the phone, but also everything you’ve got in the box. Having that cable, where you can let people know at any time that they’re just going to get power on the device or start transferring information, they’re totally in control of that.”

The company offered up a smattering of additional details. The frame is stainless steel, sandwiched by Gorilla Glass Invictus on the front and ceramic on the rear, in white, matte black and a third “fun” color. Basically premium materials, all around.

Part of the Qualcomm deal is around camera stuff integrated into the unannounced (presumably) Snapdragon chip. The OV1 will sport dual rear-facing cameras at 48- and 12-megapixels, coupled with a 16-megapixel up front — all Sony sensors. 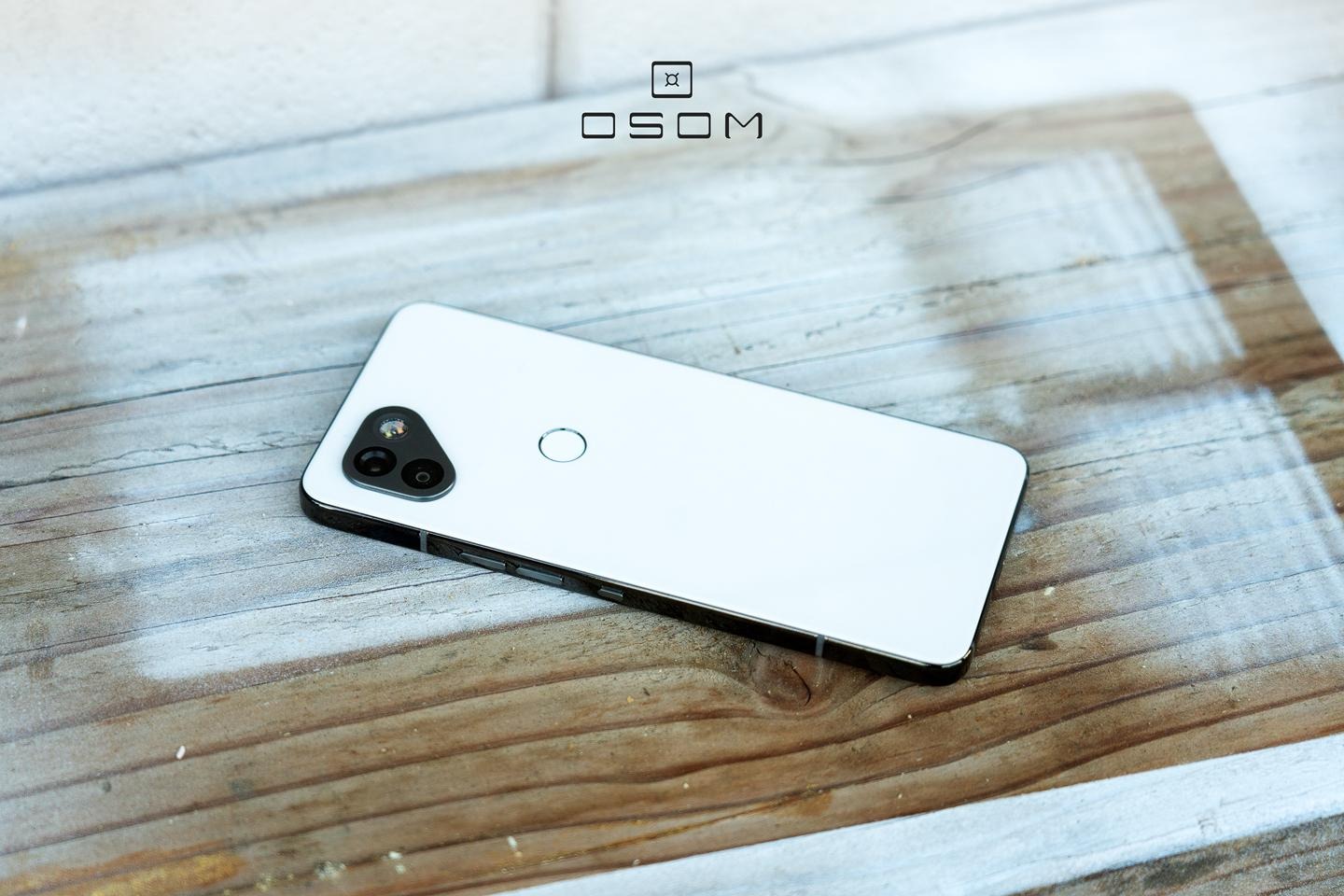 “One of the biggest mistakes Essential made was not focusing nearly as much as it should have on the camera,” Keats says of his former employer. “You go to read reviews like, ‘amazing design and engineering, kind of poor connectivity and awful camera experience.’”

The device will sport dual physical SIM slots — the company notes that it doesn’t want its released tied to any carriers, following the Essential/Sprint deal. The handset is also physically larger than the PH-1, due, in part to a larger battery, which is current rates at “beyond all-day.” The OV1 will also support Ultra-wideband.

The precise date of launch is still TBD — as is price, though Keats told us earlier that the privacy-focused device will be “well under $1,000,” which frankly qualifies as cheap for the flagships these days. The news follows our own recent reporting that Nothing is getting into the smartphone game, with a major announcement before next month. The firm notably purchased assets from following Essential’s implosion, though founder Carl Pei confirmed with TechCrunch that the move was for branding alone, as the firm briefly considered reviving its name.

The handsets will arrive during a transitional period for an industry that has suffered from stagnant sales following a decade of explosive growth. The world of smartphones is, at very least, a mature one. Buying has slowed and people are generally with device quality that has improved satisfied in recent years. True disruption will have to happen bottom, up, as some of the market is currently controlled by a handful of players.

OSOM, for its part, is betting big that privacy is enough of a differentiator to help it capture sales out of the get — well, privacy coupled with a decent marketing budget to drive some of those concerns home. The company also envisions itself as more than just a hardware maker — which, let’s be honest, you pretty much have to, these days.

“We’re building an entire solution to privacy,” says Keats. “We want to build devices and software and services that facilitate individual user privacy. And that could be as simple as integrating our software partners into our hardware to give them a real base for them to work, rather than just downloading their app from an app store. We can install it on a system level.”

That includes partnering with companies on various solutions. In January, OSOM officially announced a “long-term strategic partnership” with HP, though specifics of the deal are still forthcoming.