By now, even the least tech-savvy among us are familiar with the most popular social-media platforms and the niche audiences they attract. Photographers flock to Instagramdancers abound on TikTokand gamers gather on Twitch. It’s good business sense for creators to gravitate towards apps that support and enhance their crafts. But until recently, one of the oldest groups of creators was largely ignored during the surge of digital artistic expression: authors.

The lack of an outlet for authors inspired Allison Trowbridge to found Copper, a platform that uses curated content to connect authors with their readers, and vice versa. As an author herself who was publishing her book Twenty-Two: Letters to a Young Woman Searching for Meaning With HarperCollins while pursuing her MBA at University of Oxford’s Saïd Business School, Trowbridge was discouraged by how difficult it was for authors — from debuts to New York Times bestsellers — to market and promote their work.

Soon-to-launch Copper does just that for any author, whether he or she is going the self-publishing route or has already dominated bestseller lists. “It allows the authors to really build a centralized place online to meet and connect with their readers,” Trowbridge says. With live events, curated reading recommendations and discussion threads, Copper focuses on deepening author-reader relationships and scaling authors’ audiences in a sustainable way.

Related: 5 Things This Self-Published Author Did to Sell Over 20,000 Books With Almost No Money

“Part of the inherent frustration for authors and publishers today is that when they’re trying to market these books, authors are left to try to write really short one-liners on Twitter or dance to TikTok videos or make Instagram reels,” Trowbridge says . “And none of those are fully aligned to the skills it took them to write and publish a book.”

Beyond offering a platform for marketing purposes, Copper allows authors to experience readers’ engagement with their work directly. “Musicians and other creators get to play in front of an audience and see their impact,” Trowbridge says. “Authors never really get to see the impact that their work makes on the lives of their readers.” 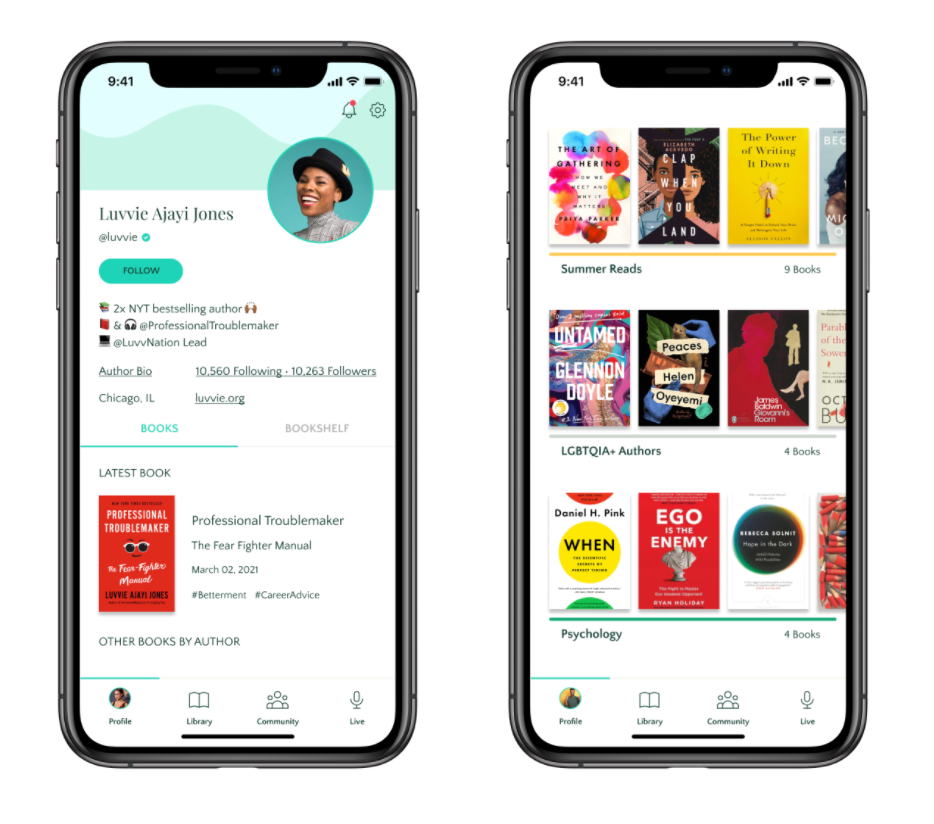 Beating the odds as a woman founder

Trowbridge had her work cut out for her in bringing Copper from idea to reality. Diving into the publishing and tech spaces as a woman woman Comes with certain challenges, as women’s representation in both industries continues to lag. Although women make up the majority of publishing employees, They’re still underrepresented within the industry’s executive ranks and typically earn less than their male colleagues. When it comes to tech, a study by the AnitaB.org Institute found that women only make up 28.8% of the workforce, and that percentage plunges to just 4% for women of color, according to a McKinsey report. And the funding statistics for women-founded companies are dismal too.

“When I started raising our pre-seed in 2020, I heard that only 2.3% of venture funding went to female-founded companies, which are pretty overwhelming odds to be up against,” Trowbridge says. Although 2020 was a record year for venture-capital investments into American startups, a study from Crunchbase It reveals that only $3.2 billion of the $143 billion total US-startup-raised funds went to women-led companies — a 22% drop from the prior year due to the pandemic. “Going into it as a female founder, I thought that other female founders were going to be hypercompetitive for those dollars,” Trowbridge adds. “And that it would be really hard to connect with female investors.”

Fortunately, the opposite was true. “Copper as a company is truly a testament to the power of women backing women, full stop,” Trowbridge says. “Our board of directors is all women. Our largest investors are all women led by women, and the part that makes me so proud is that when I look back at the network of relationships, all of the key players — whether it be investors or partners — have come from intros from other women who were founders or investors who came in and wanted to support me as a female founder.”

Copper’s all-women board includes Fran Hauser, author of The Myth of the Nice Girl and former president of digital at Time, Inc. “[Hauser] has dedicated her career to serving and supporting women in the workplace,” Trowbridge says, “so it feels like a beautiful convergence to have her in this leadership role at our company.” Women also keep Copper running behind the scenes. Trowbridge’s first engineering hire was Colombia-born Natalia Pulido, who worked on UX at Disney prior to joining Copper, where she’s developing the platform’s interface. “It’s been really incredible to have a team that looks like the users and authors we want to serve,” Trowbridge says.

Bringing more stories into the world

With an inspiring team of women backing it, Copper strives to combine today’s marketing focus on social-media consumption with authors’ innate talents to grow their readership “in a way that feels sustainable to them skill and aligned with their gifts and sets as thought leaders , writers and creatives.” It’s no longer enough for publishers to simply zero in on potential authors with massive social-media followings, Trowbridge notes, as curating beautiful Instagram feeds doesn’t necessarily correlate with well-written or bestselling books. (Case at point: Billie Eilish’s nearly 100 million Instagram followers didn’t translate into staggering sales as expected when her memoir was released last May).

Copper also gives non-traditionally published authors a chance to connect with large audiences in a way that would be difficult — if not impossible — without a traditional publishing deal in the past. “I love the traditional publishing world,” Trowbridge says. “It’s so exciting to work with a big publisher. At the same time, I don’t think it’s the right fit for everybody. There are incredibly exciting hybrid-publishing models that allow authors to get books out much faster, and then self-publishing models just allow a level of access that’s unheard of.” Trowbridge aims to equally serve all authors with Copper — no matter their pathway to publishing.

Related: 10 Steps to Self-Publish Your Book Like a Bestseller

“One of my favorite statistics is that 81% of Americans aspire to write a book someday, which I think is so beautiful,” Trowbridge says. “And it’s a testament to how many stories are waiting to be told.”