Welcome to The Interchange! If you received this in your inbox, thank you for signing up and your vote of confidence. If you’re reading this as a post on our site, sign up here so you can receive it directly in the future. Every week, I’ll take a look at the hottest fintech news of the previous week. This will include everything from funding rounds to trends to an analysis of a particular space to hot takes on a particular company or phenomenon. There’s a lot of fintech news out there and it’s my job to stay on top of it — and make sense of it — so you can stay in the know. — Mary Ann

First off, I have to say that this past week was one of the busiest fintech news weeks I have experienced in a long while. Whoa. So.much.going.on. While I couldn’t obviously cover it all, I attempted to fit as much of it as I could into this newsletter.

Before we get into the various news items from the past week, let’s talk about bank charters.

For the unacquainted, according to Investopedia: “A chartered bank is a financial institution (FI) whose primary roles are to accept and safeguard monetary deposits from individuals and organizations, as well as to lend money out. Chartered bank specifics vary from country to country. However, in general, a chartered bank in operation has obtained a form of government permission to do business in the financial services industry. A chartered bank is often associated with a commercial bank.”

In 2020, digital bank Varo became the first-ever all-digital nationally chartered US consumer bank — meaning it received approval from the Office of the Comptroller of the Currency to become an actual bank, as opposed to partnering with one as the most digital banks do.

It was a bold, and risky move. So I talked to Varo CEO and founder Colin Walsh to find out if it was worth it. His answer? 100%.

To read my full interview with Walsh on just how things have been going since, head here.

Mercury announced last week that it launched a new corporate credit card. Via email, a spokesperson told me that the IO Mastercard is designed to help startups scale their business. “It’s straightforward 1.5% cashback on everything, no personal credit check and the first step to qualifying for the card is having just $50,000 in a Mercury account.”

The company added that a corporate credit card has been one of the most requested features from customers since Mercury launched in 2019. In fact, Mercury actually considered launching with a credit card as its first product but instead chose to start with creating a bank account instead since “every founder needs a bank account to run their business…and [they] are the ideal foundation from which to build additional financial features.” The move is admittedly an effort to carve out its own space against the likes of Brex and Ramp.

Meanwhile, European fintech Payhawk announced that it is launching in the US with a focus on enterprise customers. As part of that move, it is also launching its — you guessed it — first credit card product in the US The move follows what a spokesperson describes as “a huge year” for the company: Over the last 12 months, it grew revenue by over 520%. The company achieved unicorn status after extending its Series B round to $215 million.

We’re not done yet! Center, which was co-founded by former Concur CEO and co-founder Steve Singh and launched its own corporate card and expense software offering aimed at small- and medium-sized enterprises, recently shared that in the last year, it tripled its customer base “ while retaining 94% of existing customers” and doubled the company size. This is particularly interesting because many of the existing corporate card players often point to Concur as an incumbent that they are trying to replace.

These companies, of course, join a plethora of others in the US already offering corporate cards, including — but not limited to — Brex, Ramp, Airbase, Mesh Payments and Rho.

Adyen announced on September 15 that it has become the first fintech to partner with Cash App (Block) to offer Cash App Pay, a mobile payment method, to its US customers. Adyen said its businesses will be giving customers a way to pay using their Cash App balance or linked debit card. Cash App COO Owen Jennings said in a written statement: “As the first financial technology platform outside of the Square ecosystem to launch Cash App Pay, we are looking forward to seeing the value this partnership brings to our customers and Adyen’s businesses.” An Adyen spokesperson told me via email: “The partnership will provide Adyen business customers access to over 80 million active customers that make up a third of Millennial and Gen Z consumers in the US Their customers, in turn, will be provided with another convenient, Seamless way to pay at checkout that fits their unique financial needs and habits.”

Speaking of Blockthe company formerly known as (and still goes by sometimes) Square announced last week that its entire ecosystem of more than 35 products and services is now available in Spanish to sellers in the United States. This means that millions of Hispanic-owned businesses in the US will have the ability to use Square in English or Spanish, “including key products like Square Banking to unlock access to financial services and Square for Restaurants to enable seamless, bilingual communication between front- and back-of-house staff.”

While we’re on the topic of payments, Goldman Sachs and Modern Treasury announced they are partnering “to accelerate the shift to embedded payments, helping joint customers embed and scale payments into products.” Via email, a Goldman Sachs spokesperson told me that the partnership furthers “Goldman’s push to better serve mid-market companies that have long wanted to bank with Goldman.” In a written statementEduardo Vergara, head of product and sales at Goldman Sachs Transaction Banking, said, “Embedding payments into software products is seamlessly the trajectory of commerce, and by partnering with Modern Treasury, we are creating new opportunities for clients to leverage our payments capabilities within their own platforms.”

In other Goldman Sachs news, Bloomberg reported that the investment banking and financial services giant is “embarking on her biggest round of jobs cuts since the start of the pandemic.” The publication cited people with knowledge of the matter who said that Goldman “plans to eliminate several hundred roles starting this month.”

Buy now, pay later made headlines several times last week. First, the Associated Press reported that (unsurprisingly, and sadly) while “Americans have grown fond of ‘buy now, pay later’ services… the “pay later” part is becoming difficult for some borrowers.” Meanwhile, TechCrunch’s Kyle Wiggers reported that the US Consumer Financial Protection Bureau (CFPB) on September 15 “issued a report suggesting that companies like Klarna and Afterpay, which allow customers to pay for products and services in installments, must be subjected to stricter oversight.” Meanwhile, Affirm CEO Max Levchin told Bloomberg Law in an interview: “A fair amount of what the report has called for we have decided to do. We have always seen this as a lending activity subject to all the lending rules and regulations.”

Proptechs continue to take a hit. Residential real estate marketplace Sundae last week conducted its second layoff this year. About 28% of the team — mostly sales and support staff — were laid off. Specifically, about 106 employees were let go. I reached out to the company for confirmation and a spokesperson told me via email that “Sundae is focusing on creating a more streamlined customer experience so that we can get offers to sellers even faster. The market remains volatile and we saw layoffs as an opportunity to use data and technology to streamline our approach and improve our customer experience. We also saw these decisions as an opportunity to build a longer runway.” I covered the company’s 2021 raise here.

In more uplifting personnel news, Forage — a payments processor that aims to make it easier for grocers to accept SNAP EBT payments online — revealed that Kristina Herrmann is joining the company in the new role of chief business officer. She comes to Forage after nearly 16 years at Amazon, where she most recently built out and led the company’s underserved populations team as its founder and general manager. Earlier this year, I wrote about how Ofek Lavian left his role as Instacart’s head of payments to join Forage. Today, he serves as the startup’s CEO.

FI has launched Worldpay for Platforms, an embedded finance solution aimed at SMBs. Businesses that use the offering, FIS told me via email, “eliminate the need for SMBs to pay separate partners to help with card issuance, cash advances or faster access to cash flow.” Obviously, this has implications for companies such as Stripe or Plaid, or other embeddable products that target the small business marketplace.

For LatAm payment orchestration startups, market fragmentation is a blessing in disguise 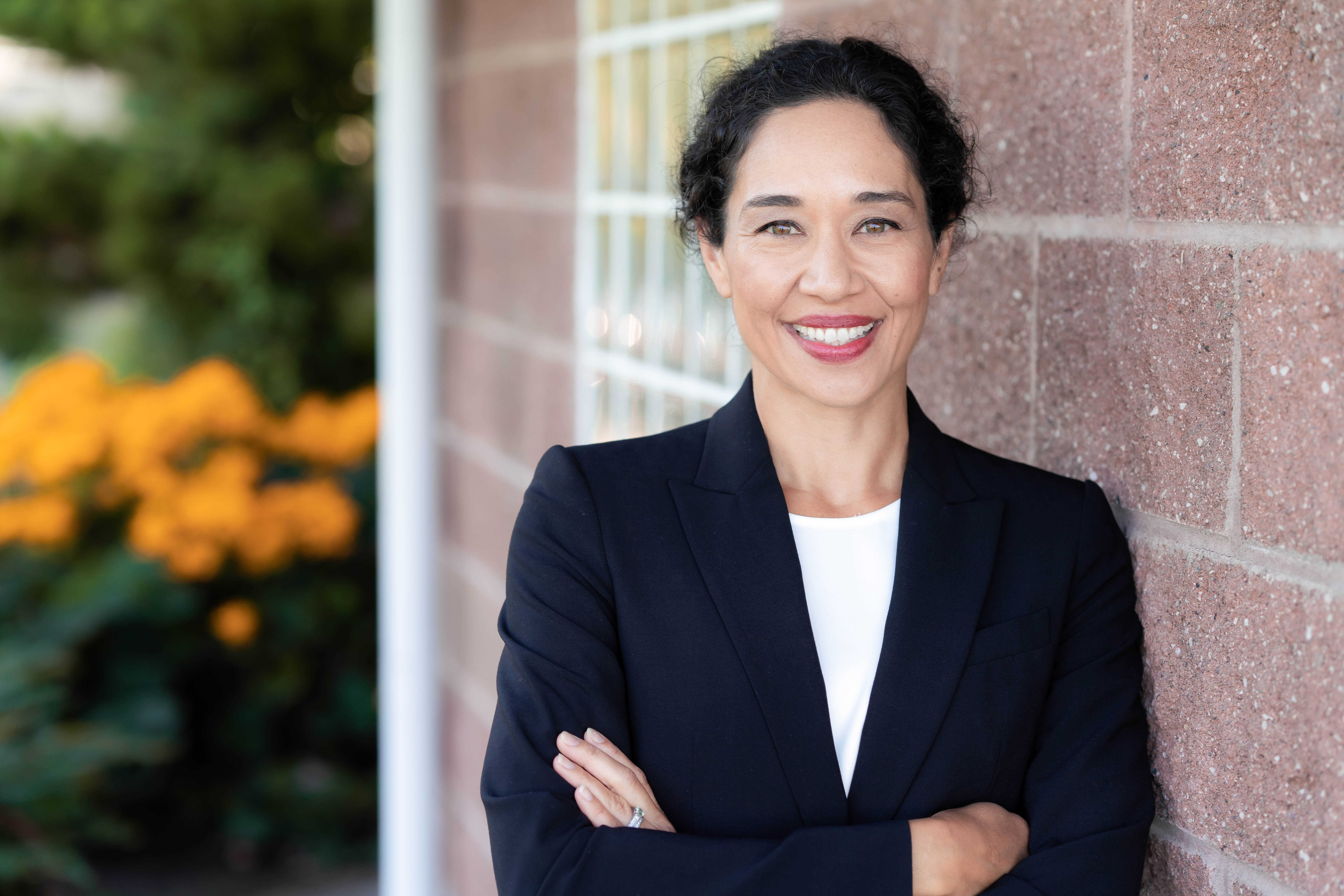 Denim, a fintech platform for freight brokers, raises $126M in equity and debt

Whew. That was a lot, and if this week was any indication, the fourth quarter is going to be crazy. I’m heading out now in an attempt to refresh this weekend. Hope you’re doing the same! See you next week! xoxoxo Mary Ann

In case you have been hiding under a rock and haven’t heard, TechCrunch Disrupt is coming to San Francisco October 18–20! I would absolutely love to see you there. Use the code INTERCHANGE to get 15% off passes (excluding online and expo), or simply click here.